Summit Historical Society has a proud past and bright future…..we are passionate about telling the stories of Summit County, Colorado through our sites and artifacts, programs and events.

Stories like the life of Anna Emore, 1892-1974, who lived her entire life in Summit County. Her father, Augusta “Tip” Baliff first came to Frisco in 1879. Tip drove a stagecoach over Loveland Pass and also found a job as a veterinarian. He managed to open a blacksmith shop in 1879. He later moved the shop to Dillon in 1883 when railroads started developing. He had a blacksmith shop in Keystone. Anna learned about community service from her dad. She was instrumental in the 1883 Schoolhouse move from Old Dillon to its new home and current location in 1961.

After the relocation in 1966, Anna became a founding member of The Summit Historical Society. The early Society acquired and turned the Schoolhouse into a museum in 1972. They also began the traditions of storytelling we strive to achieve today.

Each week, we provide a publication that retells stories of Summit County, then and now.

Stories of Then and Now

We continue Anna’s dedication to preservation having preserved over 20 sites around the county. Be sure to check back online or in person! Hear more about the people, places, and things that tell of our past.

Women of Distinction, Then and Now, an Annual Award from Summit Historical Society

Annually, we honor Women of Distinction, Then and Now. These stories of Summit County women, past and present, preserve the contributions of women to the history of our county.

The Summit Historical Society (SHS) was incorporated on October 25, 1966, as a private, nonprofit, member based tax-exempt State of Colorado 501(c) (3) corporation. Contributions are tax deductible as permitted by section 170 IRS Code.

Lula, a true woman of the west, lived for more than six decades in Frisco, Dillon, Montezuma and Keystone, Colorado.

One of eight children who grew up on a homestead ranch close to the town of Elizabeth, Colorado, she came to Summit County in 1902. She arrived via stagecoach over Argentine Pass. Lula came as a 21-year-old school teacher, making $50 per month. Lula’s schoolhouse, originally a saloon, still stands on Frisco’s Main Street. As a teacher, she displayed her talent and knowledge to teach all subjects to children of all ages.

Lula fell in love. Then, in June 1903, she married Jame H. “Dimp” Myers, the son of an early Keystone settler and Civil War Colonel, J.H. Myer. He also moved to Colorado to promote mining investment capital to Summit County.

In 1924, Dimp and Lula purchased the Delker Ranch, a 160-acre homestead, for $1,200. In addition, their land stretched from what is today the entrance to Keystone all the way to the formal west entrance on US Highway 6.

You can locate the 1885-build ranch home on the Snake River, near the present-day Keystone Resort gondola. It would become a place of family warmth, festive social gatherings, excellent food and decades of loving married life. 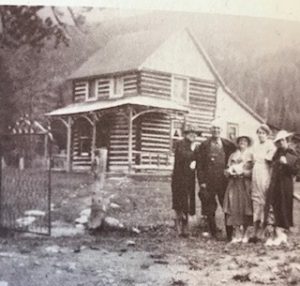 Lula was known for her gentle, helpful nature. She often took newcomers under her protective wing. Some of these newcomers included Edna and Max Dercum. They founded the Ski Tip Lodge and developed the Arapahoe Basin Ski Area and Keystone Ski Resort.

Dimp, Lula and their daughter Lucy (named after Lula’s younger sister) lead a happy family life. They made serious contributions to the mining in Summit County. This includes engineering, operating and owning mining companies and a dray line. Dimp named one of the mines, the Schoolmarm Mine, after his beloved wife. After their retirement, they continued to oversee mining operations and developed mines in the Montezuma mining district.

After Dimp’s death in 1954, Lula remained in the ranch home until around 1966. She later moved to Aurora where she lived until she was 91 years old.

The Lula Myers 1884 log ranch house was sold in the early ’70s to Arapahoe Basin Ski Area. After that, in 1974, the Summit Historical Society was given the home as a gift. It was eventually moved to its current location in the museum park in Dillon. 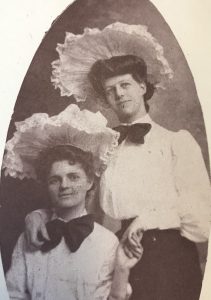 Over the years, there has been an ongoing historic restoration to the building. The renovation not only preserves the cabin but the memory of a unique Summit County woman, Lula Myers. 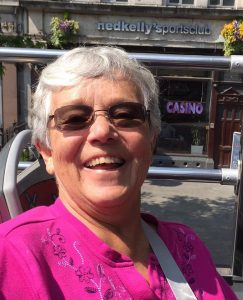 Summit Historical Society lost a great friend and volunteer with the passing of Harriett Bobo last summer. Harriett was a tireless volunteer, working with many Summit County cultural and environmental organizations.

Harriett was born in Florence, Alabama. She attended Newcomb College in Louisiana. Harriett worked for the Bureau of Alcohol, Tobacco, and Firearms (ATF) in New Orleans. In the late 1960s, women field inspectors like Harriett were a novelty. She worked for the ATF for 37 years, ending her career as a member of the Senior Executive Service. Harriett loved skiing and the mountains. She retired in Keystone to start her second ‘career’ volunteering. She involved herself in philanthropy and was hostess at the Alpine Stube restaurant on top of Keystone’s North Peak Mountain.

Harriett immersed herself in the community, volunteering with nonprofit organizations. Harriett became involved with the National Repertory Orchestra, where she was a volunteer usher. She also sponsored a chair and a clarinet player each year.

Harriett supported the Summit Foundation and the Summit Concert Band. She volunteered for the Continental Divide Land Trust, the Bristlecone Foundation. Harriett served as a relentless volunteer because she spent hours working at the Summit County Community & Senior Center garden. She also led hikes for senior groups. Harriett was a Ranger Patroller for the Friends of the Dillon Ranger District and hiked with their members. She ushered at the Lake Dillon Theater and was honored with a plaque on the donor wall of the new building in Silverthorne. She volunteered for the Keystone Neighborhood Company, was a big supporter of the Nature Conservancy, The Dercum Center of the Arts and Humanities and the Snake River Music Festival. Moreover, Harriett was a major donor and volunteer at the Summit Historical Society. 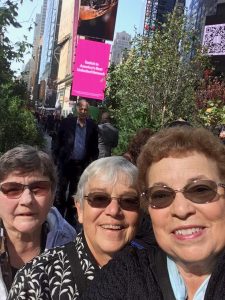 Harriett’s life exemplified volunteerism at its best. The Historical Society honored the memory of Harriett by initiating the Harriett Bobo Volunteer of the Year Award at our volunteer appreciation event in August.

Harriett lived by the quote, “Women are strong. Women are capable.” Harriett is being honored for generously giving her time, service and financial support to important nonprofit Summit County organizations.